Fellow readers; how much guidance do we really want? Or need? 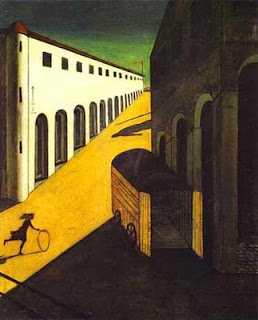 It has little to do with the remainder of this post, but it is a fact that Russian literature is something I can get enthusiastic about.

Today I decided to search for my next literary fix from the former Soviet republic and found myself reading through the Amazon user reviews for Dosoyevsky’s “The Devils” (aka – for the sake of accuracy – “Demons” or “The Possessed”).

The only review I could for Dostoyevsky’s 1872 novel which did not offer a glowing 5/5 write up was a one awarding the book a paltry 3/5. The main gripe that his reviewer had with “The Devils” was the reluctance of the author to give the reader any concrete details in terms of character development and back-story.

The discussion raged in the comments, with defenders of Dostoyevsky praising the literary maestro adoptions of narrative ambiguity as to the origins of the characters.

One supporter in particular seemed ecstatic about the way in which the author posed certain questions: how did such-and-such character get here? for example, what are they planning? what is real and what is not? These are questions which Dostoyevsky leaves for the reader to answer. Something that evidently rankled the poster of the 3/5 review.

This interesting point led me to pose a question of my own. As no novelist approaches a work with a completely open and objective mind, should the writer lead his or her readers through the novel, to the conclusion they intended? Or should they cede some degree of narratorial control to the reader themselves?

Acolytes of Roland Barthes’ literary criticism will have a very short answer to this question: it is not up to the author, the author is metaphorically dead – or quite literally dead in the case of Dostoyevsky.

While I prescribe to this view to an extent, it is too neat to completely remove the author from the equation. Novelists are narcissistic by their very nature, and so are understandably reluctant to simply release their creation into the world with no guidebook to help a reader navigate its pages.

So it is interesting when a writer appears to be trying to do just that. Milan Kundera is a writer who has been described variously as narcissistic and even misogynistic – we won’t go into that here, there’s not time – but in his 1979 book, “The Book of Laughter and Forgetting”, he appears to be willing to put his egocentrism to one side, opting to hand over elements of control to the reader themselves.

The narration takes the form of a series of discrete, seemingly unrelated components, which ultimately spiral in on themselves to form a whole. The novel has been described as ‘a whirlwind dance’ – a phrase which echoes the rings of floating dancers that appear at various points in the novel, whether in the skies above Prague or levitating above the floor of a classroom.

However, despite this apparently meticulous choreography, the breathing space given to the reader allows us to form our own connections, formulate our own back-stories and, crucially, draw our own conclusions.

While Kundera’s work is at times dazzling (and at other times frustrating) his techniques are neither experimental nor extreme when compared to the work of certain other postmodern reader. Published a decade prior to Kundera’s work, B.S. Johnson’s “The Unfortunates” is one of the arch examples of a pure rejection of accepted narrative forms.

The novel follows a sports writer who journeys to an unnamed city in the English Midlands (a thinly disguised version of my beloved home town of Nottingham) to cover the match of an unnamed football team (it’s Forest; not County).

Already scoring big in my book on the strength of the setting alone, “The Unfortunates” clinches the winner by virtue of its astonishing disregard for traditional convention. In a move that would have made Gustave Flaubert turn in his grave, Johnson published the novel as a box of 25 un-ordered chapters of various lengths.

The chapters were designed to be read in any order the reader desired, ensuring that any one reader’s experience of the now infamous ‘book-in-a-box’ would be totally dissimilar to that of another.

A victory, then, for those Barthesian literary anarchists who believe that authorial jurisdiction ceases when the pen leaves the paper? Well, not entirely; “The Unfortunates” is packaged up with a proviso that, once again, casts everything into doubt.

B.S. Johnson designed his ‘book-in-a-box’ so that only 23 of the 25 chapters were to be read in the reader’s chosen order. The novel’s opening and closing chapters are clearly demarked as such, acting as carefully inserted bookends to this groundbreaking novel.

So, if even an arch-experimentalist like B.S. Johnson was reluctant to completely cede all control of his narrative, what hope is there for a work which completely eschews traditional for and structure?  Can a novel ever be truly free of the ‘tyranny’ of its author? And – more pressingly – should it ever be released in this way?

I began this post with a question, and ended it with one. Sorry about that.