How Nietszche Ruined My Life, and Why I Wouldn’t Have it Any Other Way

Today is the 169th birthday of the man who ruined my life. 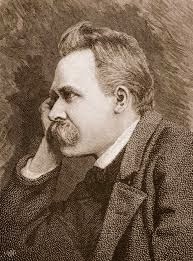 Born on this day in 1844, Friedrich Willhelm Nietzsche has delighted and confounded thinkers, writers and philosophers in equal measure. He has been described variously as a visionary, a nihilist, a genius, a misogynist and a proto-fascist. George Santayana called him an egotist, while Adolf Hitler reportedly took great influence from Nietzsche’s writings, although probably never read a single word of them.

Largely ignored during his own lifetime, Nietzsche’s work may never have reached the wide audience it enjoys today if it were not for the enterprising, bizarre and thoroughly misguided efforts of his younger sister Elisabeth – although that is a story for another time.

I am not setting out to explain the finer points of Nietzschean doctrine (or anti-doctrine, depending on your viewpoint); my lack of seven PHDs and a lifetime spent poring over Nietzsche’s impressive back catalogue renders myself unqualified to do so. Instead, I’d like to pay tribute to a man whose writing ruined my life.

As a fairly happy teenager with a passing interest in philosophy, I was misquoting Descartes with the best of them. Cogito Ergo Sum was my jam, I guess I quite liked the idea that one could only rely on oneself, that that was the only constant in history, and that the concept of the self was irrefutable.

Then I read “Beyond Good and Evil” and the bottom fell out of that world. In the early chapters of that work, published in 1886 when the author was in the full flush of his creativity, Nietzsche sets about exploding the preconceptions and conventions that his philosophical contempories were basing their work upon.

The very ideas of moral truth and falsity are turned on their head in those early pages, as Nietzsche shows us just how arbitrary the concept of the self is, and how its use as a sort of philosophical building block, a moral basis that cannot be questioned, is not so much disingenuous as downright dangerous.

Ever the iconoclast, Nietzsche was busy laying the course for a paradigm shift in the landscape of philosophy, and paving that course with the rubbished reputations of his predecessors. He died in 1900, on the dawn of a new era in critical thought and philosophical theory; an era in which scholars would apply the uncertainty and esoterica of Nietzschean thought to a rapidly changing world.

No one knew it at the time – except for possibly Elisabeth and Friedrich Nietzsche themselves – but the works of this shadowy figure from Prussia would replace those of Descartes and the later Entlightenment thinkers as the go to texts for young philosophers seeking making their own mark on the world.

Of course, elements of Nietzschean philosophy are somewhat less inspiring. The vitriolic ramblings against women that pepper his work, for example, are of little interest to me, although they may be of some interest to psychoanalysts, particularly in light of the strong evidence that Nietzsche died a virgin.

However, the bulk of the man’s work offers a fascinating, refreshing, confounding and often contradictory look at the problems beset by us all, as co-experiencers of the human condition. Don’t look to Nietzsche for a solution, think of him as a conduit… oh, and expect to be met with as many questions as answers.

It will ruin your life but it will also expand your mind. And when you finally think you fully understand it, the next page will throw you a savage curveball, casting you back down into the depths of doubt.

Just try to enjoy the ride.

“He who speaks a bit of a foreign language has more delight in it than he who speaks it well; pleasure goes along with superficial knowledge.”

Friedrich Nietzsche – “Human, All To Human”